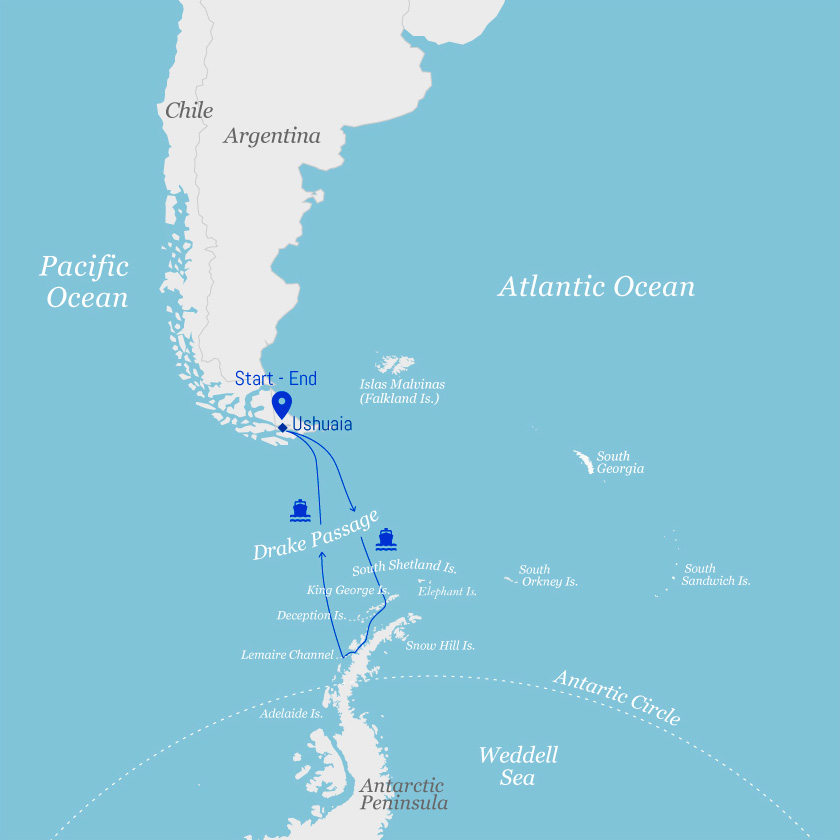 By March, the short Antarctic summer is drawing to a close and bays and harbours that have been ice choked since winter become free of such impediments. As a result, our access to landing sites increases significantly. Penguin chicks are almost fully-grown and are quickly shedding their downy coats in preparation to take to the sea before winter arrives.

March is also a time of great activity in and under the water and historically, we encounter a much higher concentration of whales during this period. Whales are busy feeding on the huge biomass of krill in preparation for their migrations to tropical waters far to the north. However, scientists are now discovering that some humpback whales remain in the ice-free sections of Antarctica over winter and hypothesize this may be due to the effects of climate change.

On this voyage we plan to visit several known locations along the Antarctic Peninsula that are the focus of long-term research projects by esteemed academic institutions including Oregon State University (USA) and Stanford University (USA). We are joined on the ship by several world-renowned cetacean (whale) experts and observe their important fieldwork in close proximity. They share with us unique underwater footage and scientific data and interpret the behavior, migration characteristics and feeding patterns of adult whales and their calves. Their participation on our voyage is greatly valued and provides a fascinating glimpse into world of Antarctic science.

Antarctica’s seals are also found in sizable numbers late in the season, resting and storing energy that will sustain them over the cold months ahead. For those with a passion for whales and seals – and an interest in the important science happening in Antarctica – this unique voyage should not be missed. Oh, did we mention it’s also our favourite time of the year for blistering orange and pink Antarctic sunrises and sunsets?