Many men had to overcome ordeals in the name of discovery. They put their lives in danger, often with fatal results, for the sake of casting new light on the polar regions. Some of these polar heroes are here, and this is a humble homage to them. 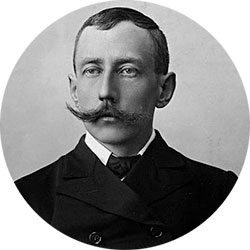 When Roald Amundsen was a kid, during the winters he would sleep with the windows of his room wide open in order to toughen up. From a young age, he knew he wanted to be a polar explorer. He succeeded both in the Arctic and in the Antarctic.

He led the first expedition to sail the entire extension of the long searched Northwest Passage, on board the Gjøa. He was also the first one to fly over the North Pole on the airship Norge with his friend Lincoln Ellsworth, and then over the Arctic Ocean up to Alaska. However, the most important milestone of his exploring career was the arrival to the South Geographical Pole in 1911, after a long 99-day overland journey. He went missing in 1928 while flying over the Arctic seas in search of Umberto Nobile, who had crashed on the airship Italia.

Roald Amundsen is, without a doubt, one of the most renowned polar explorers. 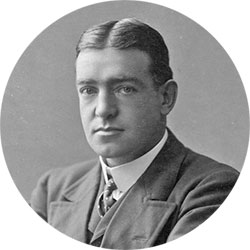 At twenty-four years old, Ernest Shakleton was already a captain, having served for the Merchant Navy for some years. His first contact with the Antarctic regions was serving as third officer during the Discovery Expedition, led by Robert Falcon Scott.

Between 1907 and 1909 he led his own expedition, the British Antarctic Expedition, or Nimrod Expedition, after the ship that would take him and his crew to Antarctica. Together with a party of three other men, Shackleton penetrated, overland, the interior of the Antarctic continent more than anyone else before, reaching the latitude of 88° 23’, just one hundred miles from the South Geographical Pole. Aware of the state of weakness he and his crew were in, he took the hard but wise decision to turn back. By doing so, he kept his party alive.

His most famous voyage was the Imperial Transantarctic Expedition (1914-17). Although he wasn´t close to achieving his goal (traversing the Antarctic Continent overland, via the South Pole, from the Weddell Sea to the Ross Sea), he showed excellent leadership. His ship, the Endurance, was crushed by pack ice and he and his men had to wait months camping on the ice. In April 1916, they could launch the lifeboats to the open water, making it to Elephant Island in the South Shetland Islands. Some days later, Shackleton and five more men departed for the island of South Georgia in one of the lifeboats, the James Caird, across one of the roughest seas on Earth. Against all odds, and in terrible conditions, they made it. Once there, they would have to pass one more ordeal: the crossing of the unmapped territory of South Georgia. They did it, in an almost non-stop march of 36 hours. They found the help of the whalers settled at Stromness Station. A few months later, with the help of the South American Nations, Shackleton would be able to rescue the men stranded at Elephant Island.

He died of a heart attack on South Georgia, aged 47, during his last expedition aboard the Quest. He is buried in the cemetery of the old whaling station of Grytviken, in South Georgia, next to his right-hand man, Frank Wild. 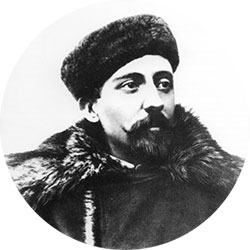 Between 1897 and 1899, Adrien de Gerlache led the first expedition of the ‘Heroic Age of Antarctic Exploration’. Among the multinational crew, there were key members of polar exploration’s history, like Roald Amundsen (second officer) and Frederick Cook (physician). The major geographical discovery of this voyage was the strait that lies between the western coast of the Antarctic Peninsula, and the Islands of the Palmer Archipelago. Although de Gerlache named the waterway after the ship of the expedition, the Belgica, it now bears the name of the commander of the expedition, and is probably the most transited area by the modern Antarctic expedition cruises.

The members of this exploratory and scientific venture were the first ones to spend the winter south of the Antarctic Circle using the ship as quarters. Here, Racovitza, one of the scientists of the expedition, discovered the largest pure terrestrial animal of Antarctica, the Belgica Antarctica: a flightless midge 2-6 mm in size. Some of the first photographs of Antarctica were taken during this voyage. Several rock, botanical, and zoological samples were collected and, most importantly, they proved that long-term research was possible in Antarctica. 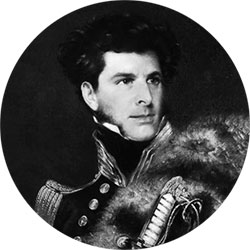 James Ross proved to be a key figure in polar exploration. In the Northern Hemisphere, he searched for and successfully located the North Magnetic Pole. Looking for the equivalent in the Southern Hemisphere, he was one of the earliest explorers in the Antarctic region. He discovered the first major ice shelf (Ross Ice Shelf), searched the area known today as the Ross Sea, and spotted a volcano they names Erebus, after one of his two ships. During the expedition, Ross and his men also explored part of the eastern side of the Antarctic Peninsula, adding new features and names to the maps. 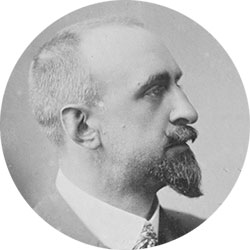 Son of the famous physician, he shared the same profession as his father, however, his true passion was sailing and exploring. His first trip to Antarctica took place between 1903 and 1905, on board the vessel Français. Besides adding long miles of coasts to the maps, he discovered Port Lockroy, a very iconic destination of today’s expedition cruises. With all of the observations they made throughout the expedition, they produced eighteen volumes of scientific reports.

Charcot visited Antarctica a second time, on board the Pourquoi-Pas? On this new expedition, between 1908 and 1910, he mapped 1250 miles of coasts that were uncharted before, and twenty-eight scientific volumes of observations were produced. Charcot also played a key role in Arctic exploration, especially in Scoresbysund, Greenland. 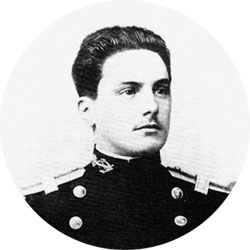 José María Sobral was one of the first Argentines to travel to the Antarctic. Being just twenty-one years old, and a lieutenant of the Argentine Navy, he was invited to take part in the Swedish Antarctic Expedition, led by Otto Nordenskjöld. He was one of six members of the wintering party, and although the plan was to spend just one winter in Antarctica, conducting different kinds of scientific studies, they were forced to spend a second winter. The reason for this was the sinking of the Antarctic, the ship that had left them at the wintering station (Snow Hill Island), which was supposed to pick them up the following summer.

After a succession of incredible events, the corvette Uruguay, from the Argentine Navy, rescued Sobral and the rest of the members of the wintering party. As well as the twenty-two castaways of the Antarctic, who spent the winter in a precarious shack they built on Paulet Island. This would be the first Antarctic rescue.

Having helped Nordenskjöld with his geological studies during the two winters spent on Snow Hill, Sobral fell in love with that branch of science and quit the navy. He left for Sweden, to the University of Uppsala, where he would study to become the first Argentine geologist by trade. 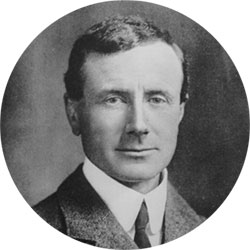 Wilson wore many hats in his life. He was a physician, a scientist, a polar explorer, a naturalist, a painter, and an ornithologist. He took part in two British expeditions to Antarctica, the Discovery Expedition (1901-04) and the Terra Nova Expedition (1910-12), both under the leadership of Robert Falcon Scott. In 1911 he was part of a winter journey to collect emperor penguin eggs – a journey known as ‘the worst journey in the world’, after the title of Apsley Cherry Garrard´s book (one of the members of that eventful trip.)

After reaching the South Pole with Scott in 1912, he died alongside Scott on the return journey. He is remembered as one of the greatest Antarctic artists and scientists. 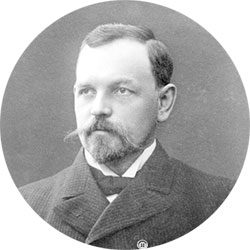 Otto Nordenskjöld is well renowned for his voyage to Antarctica between 1901 and 1903. He and five more men spent two winters (the second one involuntarily) on Snow Hill Island, on the Weddell Sea. During that time, he collected a number of fern and beech tree fossils that led him to think that Antarctica was, once, part of a warmer continent. This suggested to young Nordenskjöld that the continents drifted in the past (the continental drift theory would be exposed formally in 1912 by Alfred Wegener). Nordenskjöld also completed a long sledge journey, in which he and his companions travelled for more than 400 km, adding new coasts to the existing Antarctic maps.

Otto Nordenskjöld´s expedition left a good number of geographical discoveries and scientific collections, but mainly, an epic tale of survival. 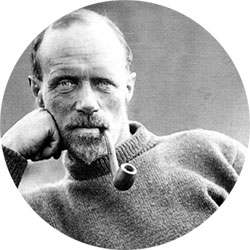 Frank Wild participated in a number of expeditions in Antarctica, serving Scott, Mawson, and Shackleton. He is well known for being the right hand of Shackleton for all of his expeditions (Nimrod, Endurance, and Quest).

During Shackleton’s Imperial Transantarctic Expedition (Endurance), he was in charge of the twenty-two men stranded on Elephant Island, while Shackleton and five more were en route to South Georgia to look for help. He kept the morale high for the 105 days the men awaited rescue. He was a magnificent leader and respected by everyone.

After Shackleton´s sudden death during the Quest Expedition, he took full command of it. His remains are buried next to Ernest Shackleton, at the whaling cemetery of Grytviken, on the island of South Georgia. 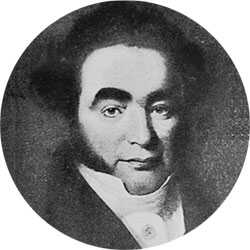 Weddell was a British naval officer, a sealer, and an explorer. He became a captain for the Enderby Brothers, and made three sealing voyages to the Southern Ocean (1819-21, 1821-22, and 1822-24). He was not just interested in profit, but also in exploration. He discovered the Weddell seal, and during his third voyage he beat James Cook’s farthest south record, sailing in the sea that is known now as the Weddell Sea. He reached a latitude of 74° 15‘, a record that was not beat for 90 years. His book, A Voyage Towards the South Pole, is considered to be one of the Antarctic exploration classics.

The discovery of Antarctica

An interview with polar photographer, David Merron
Scroll to top