You are here: Home1 / History2 / The discovery of Antarctica

The discovery of Antarctica

The ones who chased the glory of finding the unknown Southern Continent, or Terra Australis Incognita as the continent was called before its existence was confirmed, were not that lucky.

First was James Cook, an Englishman from Yorkshire who, between 1772 and 1775, circumnavigated the continent of Antarctica without finding it. His illustrations show that he came across icebergs, or ice islands as he called them, but that is all. He explored the northern coast of the island of South Georgia and some of the islands of the South Sandwich group, but the impression he got from them was not very favourable, even though nowadays they are considered true strongholds of wildlife. He was not satisfied with his discoveries; he was looking for a continent, and he found mere islands. Cook would die without finding Antarctica.

Years later, in 1820, a Russian named Bellinghausen circumnavigated Antarctica, commissioned by the Russian Admiralty to follow Cook’s tracks. He almost suffered the same luck as Cook, but in the end, he saw firm land on January 27, 1820. He might not have realised his discovery, but he was the first person to set eyes on the mainland of Antarctica. 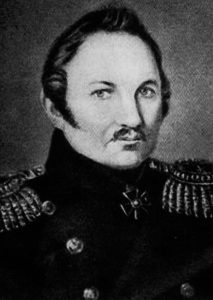 If there is someone that deserves the credit for Antarctica’s discovery, it is William Smith. Even if his findings were a product of a detour, he still deserves full acknowledgment. In the summer of 1819, Smith, an English merchant, left the city of Buenos Aires off the shores of Río de la Plata aboard his ship Williams of Blyth; his final destination being the city of Valparaíso, Chile. The route demanded him to round the dangerous Cape Horn, and once there, he met with a ferocious storm. A skilful mariner, Smith pushed south deliberately to avoid the storm to the point that a few days later, on February 19, he found islands that appeared on no maps: the South Shetlands – lands that were inhabited by thousands of fur seals.

When he finally got to Valparaíso, he reported his findings to the English authorities based there, but they didn’t believe him. He would have to come back to Chile on a second trip to finally convince the authorities of his discovery. The Royal Navy would chart his ship and send Edward Bransfield, one of his officers, to confirm the existence of the new lands – Smith would be hired as the pilot.

However, before this second trip to Chile, one of the officers of Smith’s ship stayed behind in Montevideo. With the image of abundant fur seals and the promise of huge profits from the sale of the seal pelts, he managed to convince other sailors to go south. More than one hundred ships visited the islands between 1820 and 1822, but the fur seals were not endless. In less than five years there was not a single fur seal left in the whole of the South Shetlands.

Most of the sealers were either English or Americans, and Smith also took part in these bloody voyages. Once sold, the pelts were used to produce items like shoes and bookbindings, while the underfur was turned into felt for coats and hats. Smith, however, died penniless and was denied a pension from the British Admiralty.

Smith had opened a door to all the possible branches of science: magnetism, geology, meteorology, zoology, biology, etc., however, it would be many decades before the expeditions to Antarctica put their primary focus on scientific research. Smith, more than anyone else, deserves the greatest of acknowledgements when it comes to the discovery of Antarctica. Even though the South Shetlands are only islands, they are intimately related to the Antarctic mainland.